An approach to interoperating system engineering must be based on different types and levels of abstraction or models. These models must express and formalize not only the "structural" aspect of the system components but also their behaviour, the latter being constrained by requirements specific to the system domain (business rules). Another type of constraint may be induced by the interoperation protocol(s), which may impose strict rules to provide interoperating systems with properties such as autonomy, confidentiality and transparency (Lezoche, 2012).

The purpose of my research is to study the problems posed by model-driven cooperative systems engineering, cooperation involving "actors" (organizations, design teams, software systems, etc.) wishing to interoperate. Collaborative enterprises are now organized into enterprise networks, whether in the form of extended enterprises or virtual enterprises (Bititci, et al. 2004), (Camarinha-Matos and Afsarmanesh 2008).

Defined as such, these collaborative enterprises can be assimilated to an open reticular system of enterprise systems (Oberndorf 1998), and by extension the Information System (IS) of this network can itself be considered as a reticular system of IS. Specifying such an IS network implies moving from an integration paradigm to an interoperation paradigm (Fisher 2006).

There are standards and reference tools that provide practices and metrics to measure this interoperability (Liao, 2016). For example, we can mention, but not be exhaustive, EIF (European Interoperability Framework) (EIF, 2004), LISI (Level of Information Systems Interoperability) (C4ISR, 1998), LCIM (Levels of Conceptual Interoperability) (Tolk and Muguira, 2003), FCA (Formal Concept Analysis) (Priss, 2006). Several studies have proposed maturity models and formal metrics to assess the potential or degree of semantic interoperability of companies wishing to establish a collaborative network (Ducq, 2008). However, these results do not allow a complete automation of the evaluation process because they suffer from a computer formalization of their models.

The scientific challenge is a calculable formalization of models and to provide and extend languages and mathematical and modelling tools adapted to each business modeling project, despite the heterogeneity of business skills and the multidisciplinary nature of the domains.

The analysis of formal concepts is a useful and powerful tool for formally describing the links between any objects (which form a context), especially between objects conveying knowledge. This method is based on lattice theory, which can be used to solve problems of evaluating interoperability between information systems within companies.

An extension of FCA mechanisms has been introduced in (Rouane et al., 2010) and called Relational Concept Analysis (RCA) where the focus is on data sets compatible with the Relational Entity Model (RE) or, alternatively, with the RDF (Resource Description Framework). It is a method for extracting conceptual knowledge from multi-relational data.

One of the possible applications is related to the extraction of knowledge from complex systems. As Obendorf (Obendorf, 1998) points out, companies can be likened to complex systems. Currently, companies are focusing their interest in the industry paradigm 4.0 to find a dynamic and fast way to optimize their production. Formalization and optimization actions to address their procedures according to industry 4.0 parameters are highly time-dependent (Ocampo-Martinez et al, 2017). To address this type of problem, it is necessary to have solid skills in time-varying schemes for non-centralized models coupled with formalization methods.

The Non-Centralized Model Predictive Control Framework (NC-MPC) (Núñez et al, 2015) refers to any predictive controller model whose structure may change over time and control actions are not obtained on the basis of a centralized calculation. The evaluation of all possible structures of the NC-MPC controller leads to a combinatorial optimization problem. This result combined with the new FCA algorithms we want to develop could optimize the automatic extraction and classification of knowledge. The expected result is a combined formal framework that automatically proposes the best process to optimize the resources of the company studied. 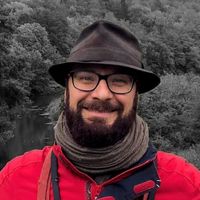 © Design: HTML5 UP. Made by: Philippe Kalitine.